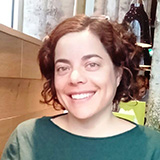 My work with owls started in 2001, with my Biology degree project on Barn Owl ecology. My masters dissertation in Conservation Biology focused on the owl community in a silvo-pastoral system and my PhD thesis in Biology focused on the Barn Owl as a biomonitor of environmental contamination. Member of LabOr, University of Évora team since 2004, I’m the executive responsible for the TytoTagus Project since 2006. I have broad interests in ecology and conservation, ecotoxicology, ethno-ornithology and transfer of scientific knowledge to society, with owls as a common line. I also co-coordinate the Nocturnal Birds Working Group (GTAN-SPEA) in Portugal. 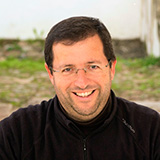 Master in Conservation Biology and PhD in Biology (University of Évora), my main interests in Ornithology are the study of bird communities, birds as bioindicators, census field methods and scientific ringing. I am a researcher at the LabOr, University of Évora, co-responsible of the Constant Effort ringing Station of the Herdade da Mitra and member of the scientific commission of the III Portuguese Bird Breeding Atlas. 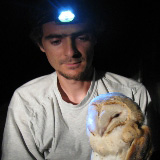 Born in 1977 in Lisbon, Portugal. My degree dissertation in zoology (Univ. Lisbon, 2000) was on eagle owls. My MSc degree thesis in conservation biology (Univ. Évora, 2005) was focused on eagle owl diet. My PhD thesis in biology (UÉvora, 2011) was focused on the competitive and predatory interactions of eagle owls with other raptors. My main research subject has always been owls, studying aspects like diet, distribution, interactions, road ecology, and ecotoxicology. Besides research, I’ve worked in conservation and education in NGO’s. Currently, I’m a post-doctoral researcher at the LabOr, University of Évora, also coordinating the program Noctua-Portugal (GTAN-SPEA). 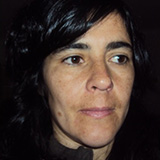 I graduated in Marine and Fisheries Biology (University of Algarve) and hold a Master degree in Nature Management and Conservation (University of Algarve). Started to work in inland fisheries management, giving advice on action plans towards the conservation of some aquatic species of particular ecological concern. In 2006, joined the LabOr, University of Évora TytoTagus Project and discovered a special interest for owls. My main interests are of wide range within conservation biology and ecology, giving special priority to issues related with owls. 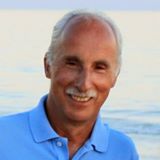 I graduated in Biology (Univ. Lisbon) and PhD in Biology (Univ. Évora). I have a position of Assistant Professor at the Department of Biology of the University of Évora, and currently I’m the Director of the Master in Conservation Biology. I lead the LabOr, University of Évora and have broad interests in avian ecology, chiefly in understanding the composition and structure of riparian and forest bird communities, the effect of changes in farming systems on the distribution and abundances of priority species, the biology and ecology of owls and methodological issues of census techniques. Additionally, I have a special awareness in the spread out of scientific knowledge using birds as a reference tool. 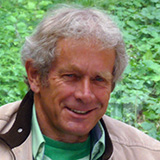 Hein’s interests in owls begin in 1994 when he noticed Little Owls living in his area. He contacted others for more information about the owls, which led to his co-founding the Little Owl Working Group (STONE) in The Netherlands in 1997. He served as the treasurer of the 2007 World Owl
Conference organizing committee. Hein now lives in Houston, Minnesota, USA. 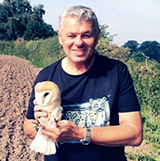 Roy is a consultant ecologist based in Cheshire, North West England. Roy has been studying owls for over 30 years. His main areas of interest are population dynamics and conservation, he works on several species, but his main focus species are Little Owl (Athene noctua) and Barn Owl (Tyto alba). Roy was a founder member of International Little Owl Working Group almost in the late 1990s and is trying to establish a Tyto working group. Roy is currently developing a Farmland Raptor Project, which involves monitoring both nocturnal and diurnal birds of prey occurring on farmland using several survey techniques. The objective of the work is to develop conservation initiatives aimed at maintaining and improving local raptor populations. 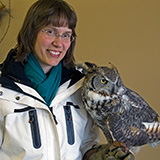 Karla has a B.A. in biology from Luther College (1994.) She has been working with owls in education for 18 years and has studied Great Horned Owl vocalizations for 12 years. She worked to gain legal protection for Great Horned Owls in Minnesota in 2005. She is the founder and Executive Director of the International Owl Center, coordinator of the International Festival of Owls and World Owl Hall of Fame. Karla will be leading a workshop on owls in education at the World Owl Conference. With  input from others in the field, this will lead to the creation of resources for those working to educate others about owls around the world in various cultural contexts. 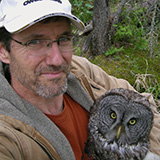 James Duncan, born in Montréal, Québec, obtained a B.Sc. (1982 – Honours Zoology – U. of Guelph), a B.Ed. (1983 – Biology/Chemistry – Queen’s U.), a M.Sc. (1985 – Zoology – McGill U.) and a Ph.D. (1992 – Zoology – U. of Manitoba). He has worked since 1992 in conservation biology and is now Director, Manitoba Wildlife and Fisheries Branch. James has researched owls for over 35 years and has published numerous scientific papers, books and symposium proceedings on owls from around the world. He also supervises graduate students studying owls and other birds of prey as adjunct professor at two universities. 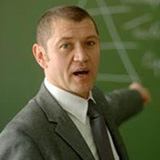 Dries Van Nieuwenhuyse is thought leader on the impact of technology and statistics on the decision-making processes of organizations in the Benelux. He is involved as a coach to executives to optimize decision-making and its underlying processes in organizations. Dries lectures on Performance Management, Business and Analytical Intelligence at EHSAL Management School (Odisee), Thomas More (Mechelen). He is also programme director for Corporate Performance Management at the EHSAL Management School (Odisee). He is Fellow of the Hogenheuvelcollege (Katholieke Universiteit Leuven) and is researcher at the Thomas More Business Intelligence Competency Center. Dries studies and publishes on Little Owls (Athene noctua) and Red-backed Shrikes (Lanius collurio). He co-authored the Little Owl monography (Cambridge University Press) and several books on Little Owls and shrikes in Dutch. 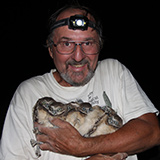 During the last 40 years, David H. Johnson has been focused at senior scientific, legal, and professional management applications in the fields of wildlife, freshwater fish, wildlife and fish habitat, forestry, marine ecology, and civil engineering.  But his passion has always been for owls. His research on owls began in 1976, with a key role in Spotted Owl conservation efforts in nw US from 1993-1996. In 2001, David started the Global Owl Project, a consortium of about 450 people working on the science and conservation of owls in 66 countries. 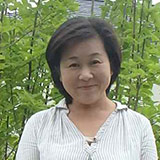 I started studying Ural Owls in 1994 as a student. In 1997 while still a student I attended the 2nd World Owl Conference in Winnipeg where I met many people who helped me advance my research. I also attended the 3rd conference in Canberra in 2001 and 4th in Groningen in 2007.
In Japan there are huge areas of manmade forests that need to be properly managed to conserve biodiversity. I erected more than 100 nest boxes in natural areas and manmade forests and collect basic data to determine suitable management plans.
After earning my doctoral degree I studied molecular biology at Waseda University.
I currently work at the National Museum of Nature and Science in the Ornithology branch. 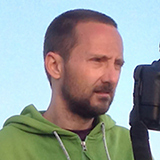 Photographer. I have an interest in owls since I was very young. I am part of the founding team of STRI – Nocturnal Raptors of Portugal, a project of ALDEIA. 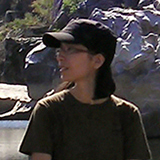 I hold a degree in Biology – scientific-technological branch, by the Faculty of Sciences of the University of Porto; and a postgraduate degree in Conservation Biology, obtained at the University of Évora. I work mainly in the area of environmental monitoring, in particular faunistic studies. My main interests are the importance of natural heritage as a real enhancement factor for rural areas and the biology and ecology of owls. I am a permanent collaborator at the project STRI – Nocturnal Raptors of Portugal. 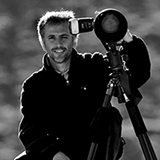 I hold a degree in Agro-industrial Engineering by Instituto Superior de Agronomia, School of Agriculture, and a post-graduation in Management of Safety, Hygiene and Occupational Health by Instituto Superior de Ciências da Saúde Egas Moniz. I dedicate myself to observation, photography and the study of birds in my free time. I am a permanent collaborator at the project STRI – Nocturnal Raptors of Portugal.

Our volunteers are students of the Masters in Conservation Biology of the University of Évora. 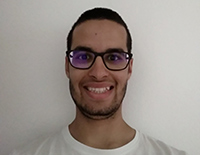 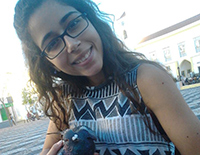 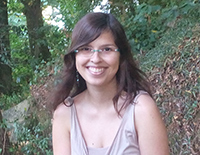 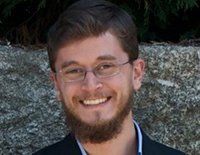 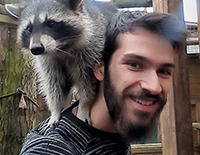 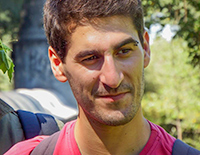 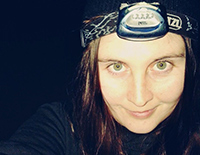